Orange Container On The Highway 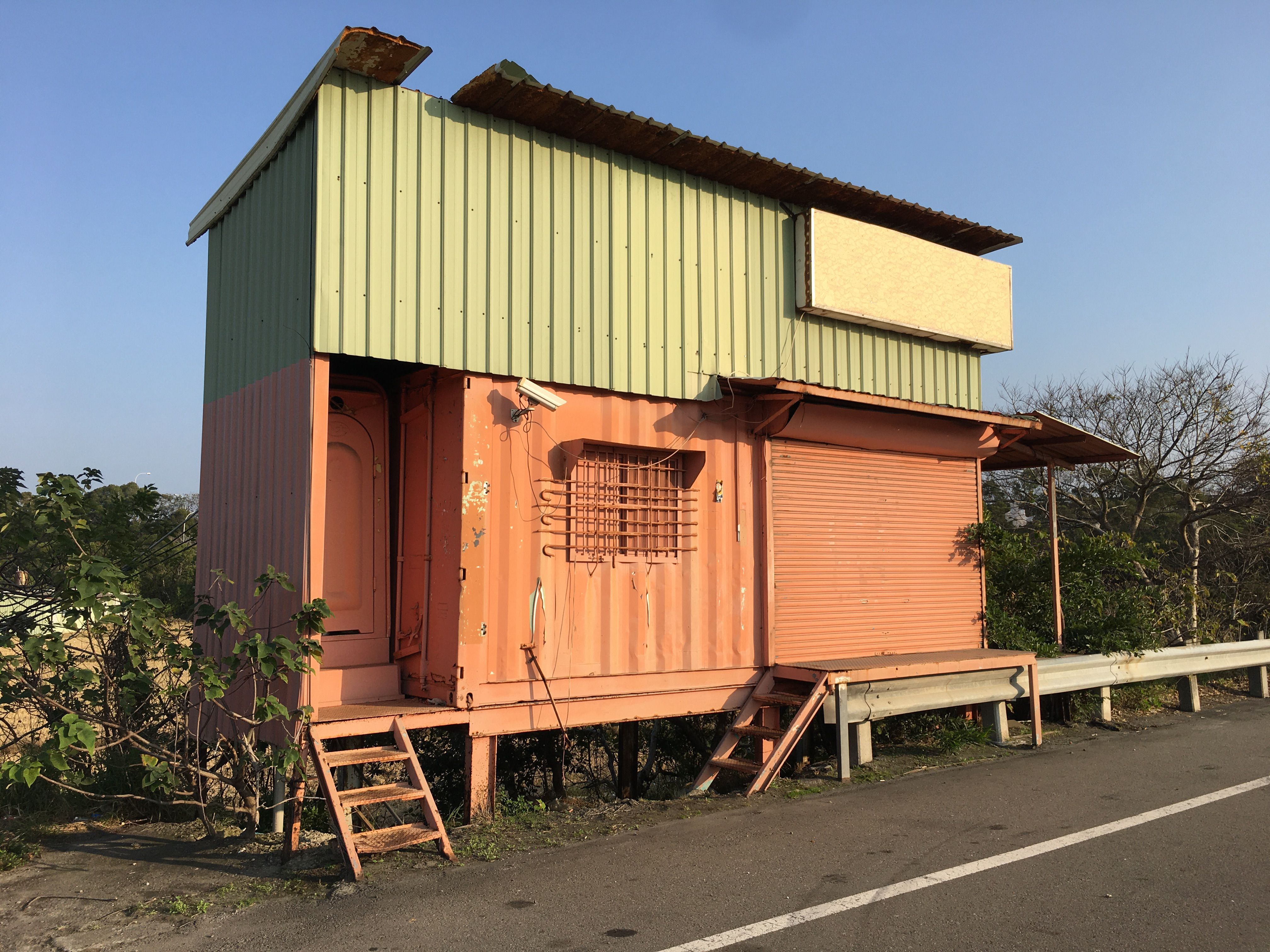 Along a busy highway, there is a mysterious orange container with an extra large roof, and possible second level, constructed on the shoulder of the road.  If it was a shop, it would have been extremely dangerous to park there, since it's only several hundred feet from an exit ramp.  That might have contributed to its eventual demise.

It appears to have been vacant for a while, since vegation has consumed the container's right side, however, it still seems in relatively good shape.  Whoever constructed it really paid attention to certain aspects of the design, such as the iron supports, bathroom, and multiple steps.

Also, notice how they built it behind a guard rail?  They couldn't build it on government land, so they put iron supports underneath and made it hover over a small hill.  It's very interesting.

On a side note, it's funny how they embedded a portable toliet into the construction, which is something we haven't seen before.  Clearly they didn't have running water, so the builders came up with the next best thing. 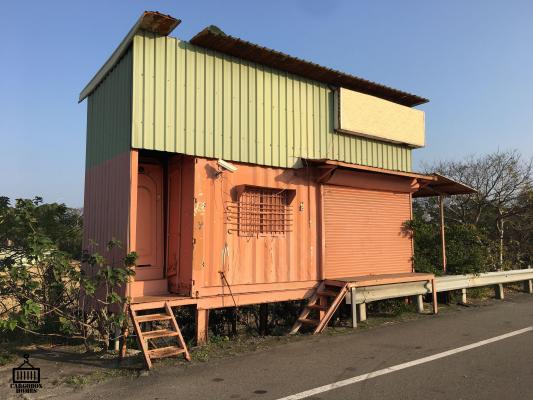 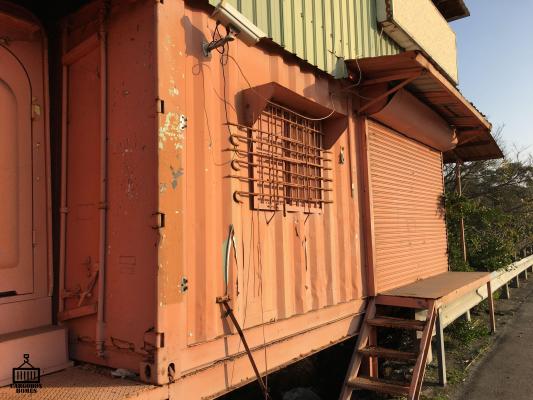 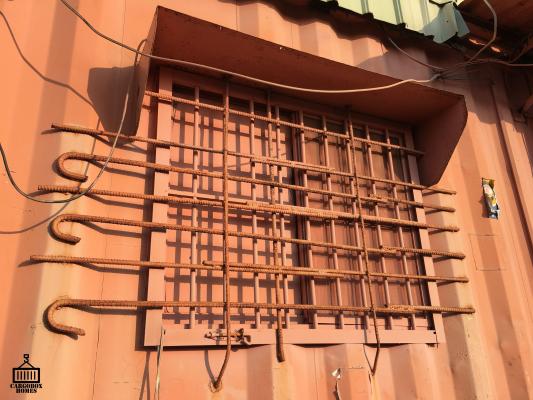 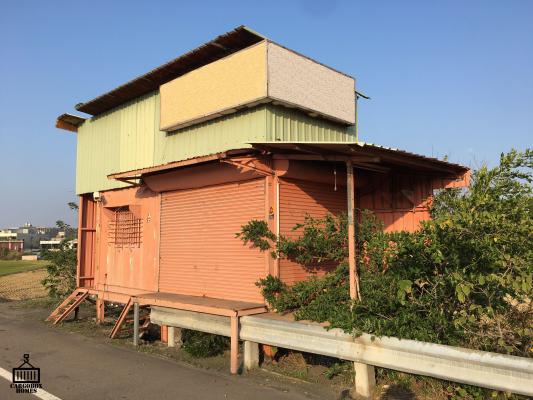 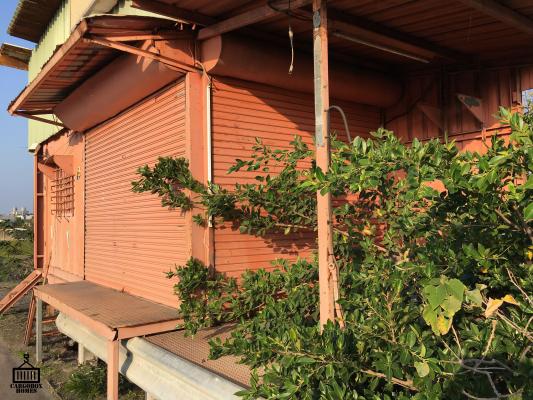 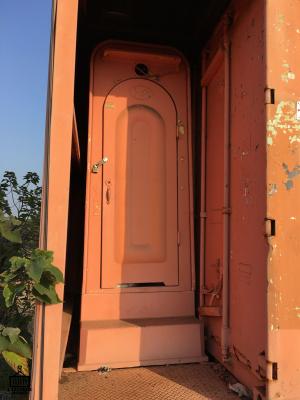 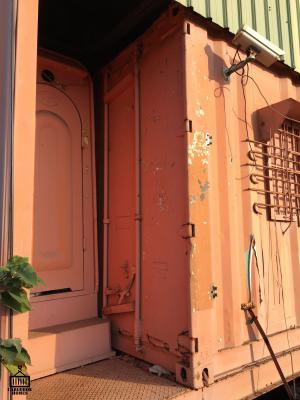 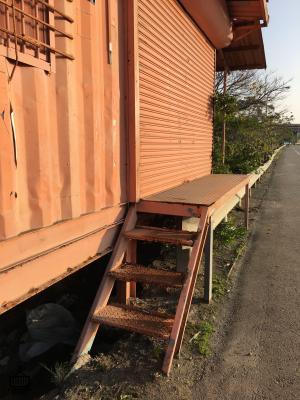 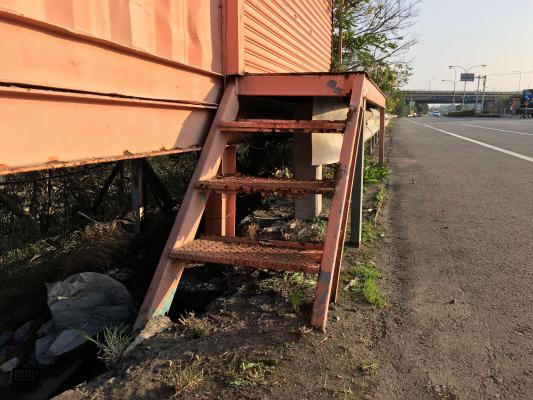 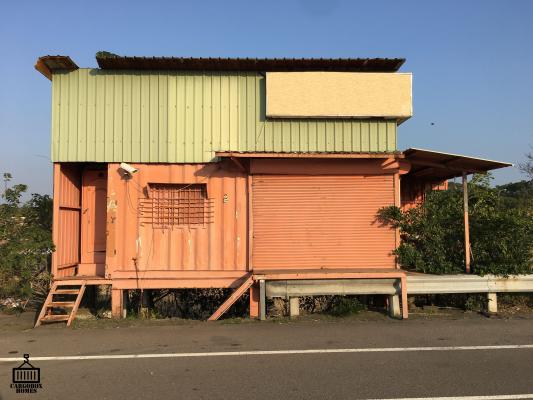 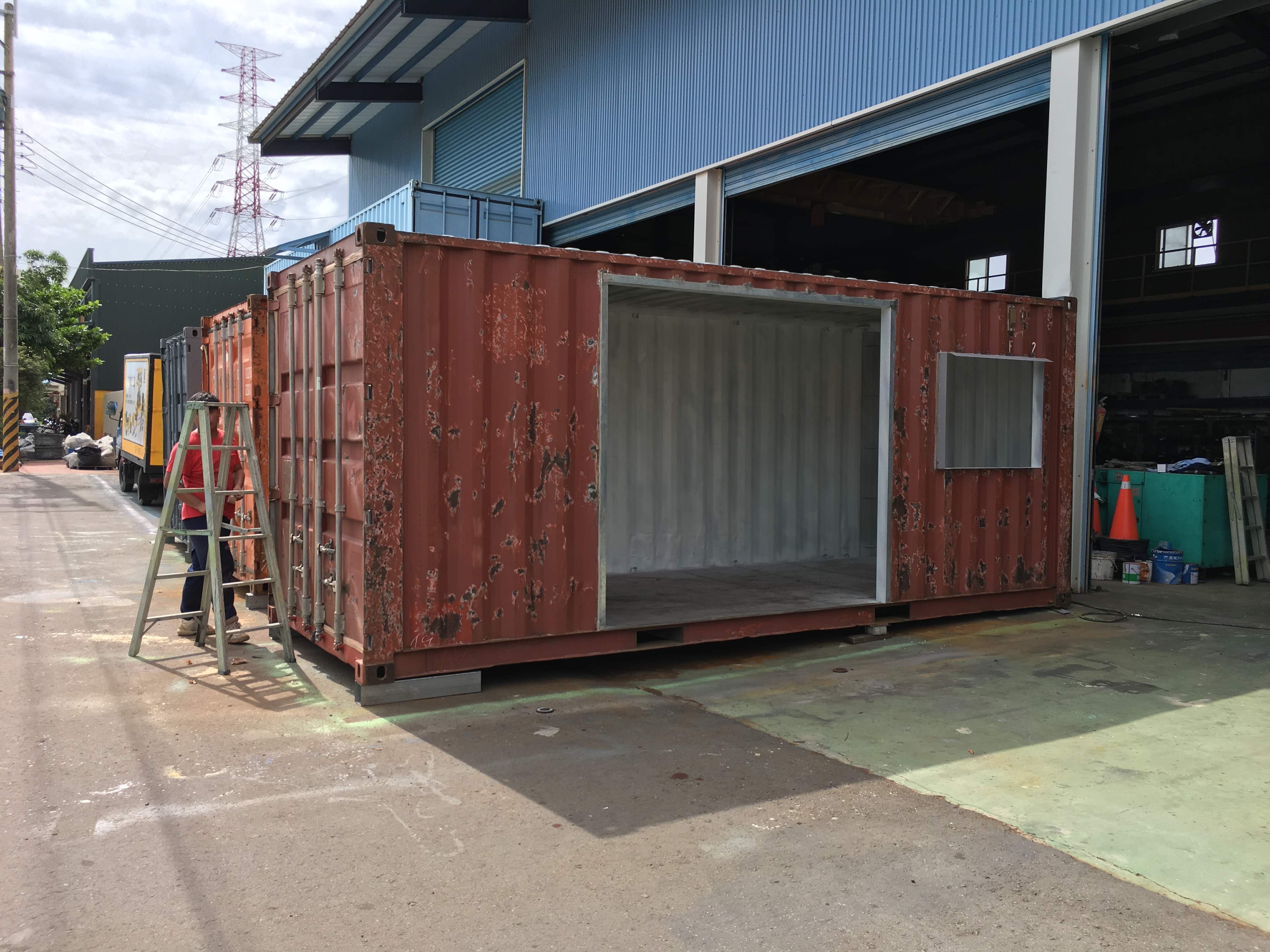 Eating Large At The How Wow (好喔) 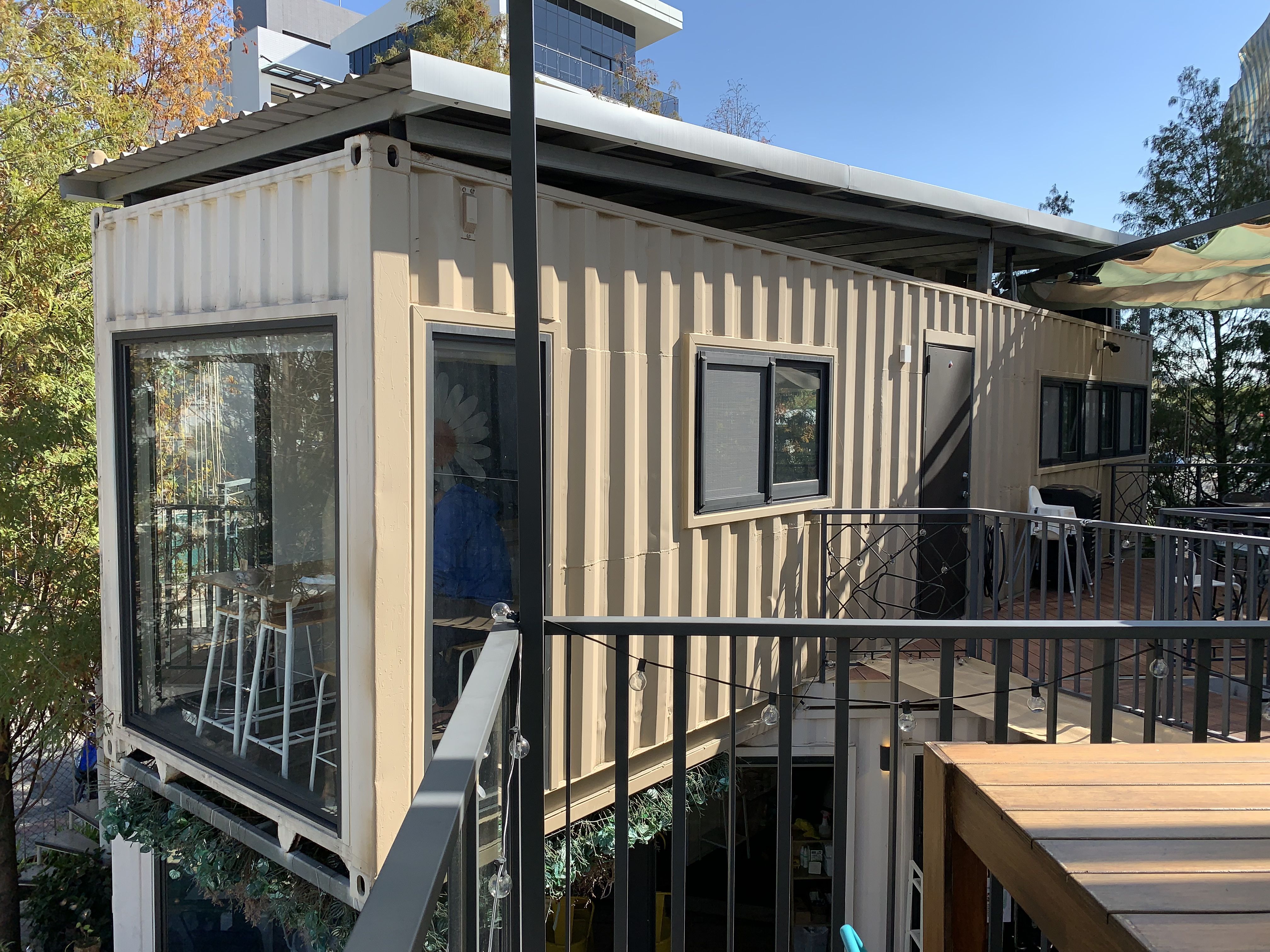